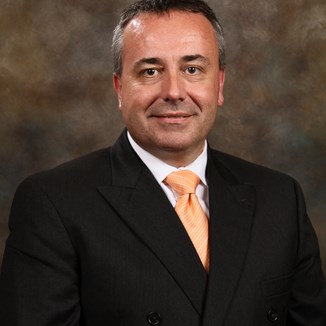 After having gained his BSc and PhD degrees from Imperial College (London) and performing post-doctoral research at the University of Texas at Austin, Barron spent eight years as a Professor of Chemistry at Harvard University before moving to Rice University in 1995 where he is the Welch Chair of Chemistry and Professor of Nanoengineering and Materials Science. In 2014 he was appointed the Sêr Cymru Chair of Low Carbon Energy and Environment at Swansea University, and founded the Energy Safety Research Institute, where he is the Director.

He is the author of over 500 publications, 40 Patents, 10 books, and has graduated 30 PhD students. His early research focused on the chemistry of aluminum and related elements and spanned catalysis, electronic materials and nanotechnology. His current research involves the application of chemistry, nanotechnology and materials science to fundamental problems in energy and health.

Prof. Barron is a Fellow of the Royal Society of Chemistry, and the recipient of several awards, including: Star of Asia International Award, the Hümboldt Senior Scientist Research Award, the Corday Morgan Medal, the Meldola Medal, and the first Welch Foundation Norman Hackerman Award. In 2009 Barron was appointed as the Prince of Wales Visiting Innovator. In 2011 he won both the Lifetime Achievement Award in Nanotechnology and the World Technology Award (in Materials).