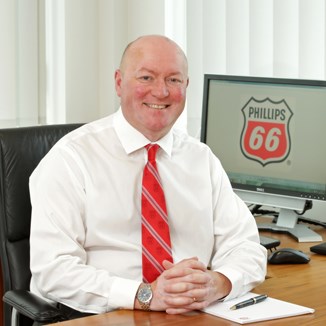 Darren Cunningham is lead executive, U.K., and General Manager of the Humber Refinery, a position he has held since 2017. A chemical engineer, Cunningham has more than 30 years of experience in various refining and commercial roles.

He began his career with Conoco at the Humber Refinery in 1985, where he held various roles in engineering and planning and economics. In 1993, he transferred to the commercial office in London, as a crude oil trader. This was followed by assignments in Singapore and across America working in Business Development and Corporate Strategy roles.

Cunningham earned a bachelor’s degree in Chemical Engineering from the University of Birmingham in the U.K. in 1985.