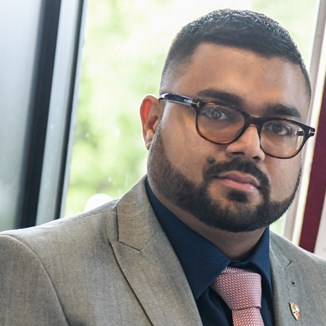 Mr. Gossai, Jr. who is currently pursuing the Degree of Doctor of Philosophy in Economics at the University of Aberdeen with a research focus on Designing Fiscal Terms and Regulations for an Emerging Petroleum Producing Country in a Volatile Price Environment. He also recently completed his MSc (Econ) in Petroleum, Energy Economics and Finance from the same institution. During his study, he became fully versed with the key micro and macroeconomic modelling techniques which allowed him to understand the critical aspects of financial analysis. Mr. Gossai, Jr. has an in-depth understanding of energy and petroleum economics which can be applied to various models of oil price behaviour, the role of OPEC, the issues of global warming and renewables in an economic context, and demonstrates how businesses interact strategically, globally. His analytical skills focused on the various energy industry investment decisions that has to be made in an uncertain world. His dissertation during this study focused on fiscal regimes and revenue management for new oil producing countries, with the development of an economic model for Guyana.

Mr. Gossai, Jr.’s professional experiences included being the head of the Guyana Oil and Gas Association, the senior policy analyst and advisor at the Ministry of Natural Resources and Environment, senior analyst at the Ministry of Agriculture, economist at the National Competitiveness Strategy Unit and a national accounts statistician at the Bureau of Statistics. Mr. Gossai, Jr. served on several boards and committees during his professional career which afforded him the opportunity to contribute to the national development of the Guyanese economy.