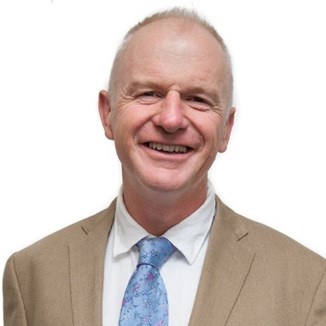 Professor Howe’s background is in geography and planning, environmental science and environmental engineering. His own research in sustainable energy systems has contributed towards significant advances in approaches to industrial clean growth in the UK and the opportunities afforded by a net zero economy.

He joined The University of Chester’s Thornton Science Park in 2014, led the design and construction phase of their Local Growth Deal funded multi-vector Energy Centre, played a central role in enabling BEIS and the British Geological Survey to locate the UK Geo research observatory in North Cheshire and is involved in many energy intensive industrial initiatives within the Mersey cluster.

Professor Howe was appointed as a non-executive director and trustee of the Department for Education’s Engineering Construction Industry Training Board in 2018. He is the founding director of the North West Hydrogen Alliance which brings together some of the UK’s most influential business driving forward the work to develop the region as the UK’s primary hydrogen economy. Joe is a member of National Grid Future of Gas Forum Steering Group, a scientific advisor to the ongoing Parliamentary inquiry into carbon capture, use and storage, a member of the Cheshire Energy Hub Board, an Academic Associate of the National Nuclear Laboratory and is the academic advisor to the Rocksavage International redevelopment group.

Joe has received numerous research and consultancy contracts from Industry, Government Department, RCUK and the EU and has published two books and in excess of 100 peer reviewed articles. He is currently an investigator on a PFER Local Energy Systems project, a BEIS CCUS Innovation project and an industry sponsored hydrogen innovation initiative