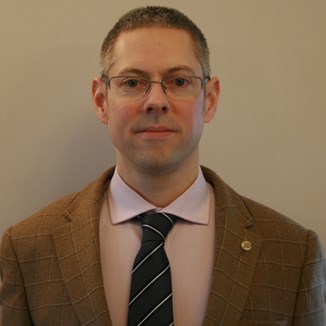 Dr Hanton graduated with BSc and PhD degrees in Chemistry from the University of Leicester, before relocating to Scotland in 2003, where he worked for 14 years at Sasol Technology UK, a subsidiary of the South African petrochemicals giant Sasol, based at the University of St Andrews.  During that period he worked on various aspects of catalysis and chemical engineering, and was instrumental in the development and commercialisation of ‘Selective Ethylene Tetramerisation’,[i] a rare example of a genuinely new commodity chemical process in the modern era, for which he won several internal innovation awards and the Royal Society of Chemistry’s ‘Young Industrialist’ prize in 2011.  He is a Chartered Chemist, and Fellow of the RSC, with 40 peer-reviewed academic publications and five patents on which he is lead inventor.  Since the start of 2018 he has worked at TÜV SÜD National Engineering Laboratory leading the diversification of the organisation into new areas such as clean fuels, digital services and life sciences applications.  A lot of his time is currently spent engaging with stakeholders in the hydrogen and CCS sectors to raise awareness of the essential role of accurate flow measurement to underpin accurate, reproducible and traceable financial and fiscal transactions in this sector, and the need for training and education to create the skilled workforce needed to make the energy transition happen safely and in a way that is economically viable.