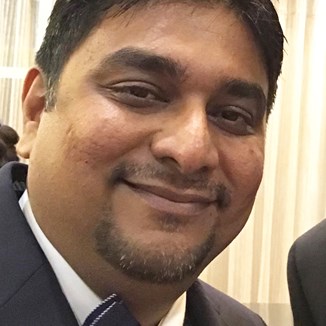 Sanjeev Datadin is currently a practicing Attorney-at-Law practicing mainly in Guyana and Antigua and Barbuda with over 20 years experience. He is involved in conducting litigation at every level of the Court system and international arbitration tribunals. Sanjeev has advised local and international energy companies in all aspects of their legal establishment, structuring, taxation and regulation. He has also advised international oil and gas companies on their regulatory and environmental compliance.

Sanjeev has lead litigation in diverse areas of law including contract and commercial law, oil and gas law, public and constitutional law, criminal law and tax law. He had successfully presented arguments and been involved in landmark cases at the Judicial Committee of the Privy Council, the Caribbean Court of Justice and the Chambre Arbitrale Maritime de Paris (CAMP), the International Court of Arbitration at Lusanne, Switzerland and World Anti-Doping Agency (WADA) Tribunal established for the International Cricket Council (ICC) at London, England.

Sanjeev was also a part-time lecturer in Environmental Law in 2001 at the University of Guyana and as part of the Natural Resource Management Project published the report on the state of the existing environmental legislation in Guyana.

Sanjeev obtained a Master of Laws degree (LL.M) at the University of Aberdeen in Scotland, where he was a founding member of the LLM Society and captain of the Aberdeen Cricket Team. He also obtained a Legal Education Certificate (LEC) from the Hugh Wooding Law School where he received the prize for Legal Drafting. Sanjeev graduated from the University of Guyana with a Bachelor of Laws degree (LL.B) being part of the class of the very first year of law graduates from the University of Guyana. He is the recipient of the prestigious Chevening Scholarship in 2003.